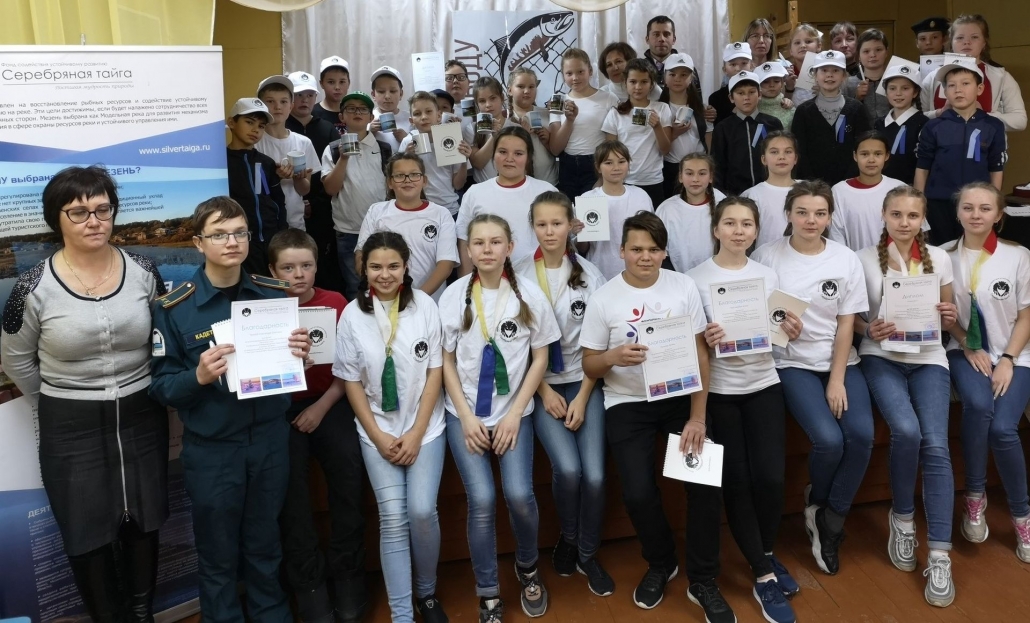 2019 has been declared the International Year of Salmon by the community of scientists and ecologists. The Association of Interests “We” from the Usogorsk Children Activity Center responded to the call to highlight the need to preserve the salmon population.

A propaganda team competition “Ecology and We” which was dedicated to the International Year of Salmon was held on December 2 in the Koslan Secondary School with the support of the Silver Taiga Foundation.

The competition was attended by 6 teams of schoolchildren aged 10 to 15 years. The guys showed all their best qualities: artistry, creativity, originality. Each team met the challenge. The victory was won by the pupils of the Association “We” 1 year of study. All the participants received valuable prizes from the Silver Taiga Foundation.

How to preserve biodiversity when planning and organizing forest management...

CHANGES IN THE COORDINATION COUNCIL
Scroll to top