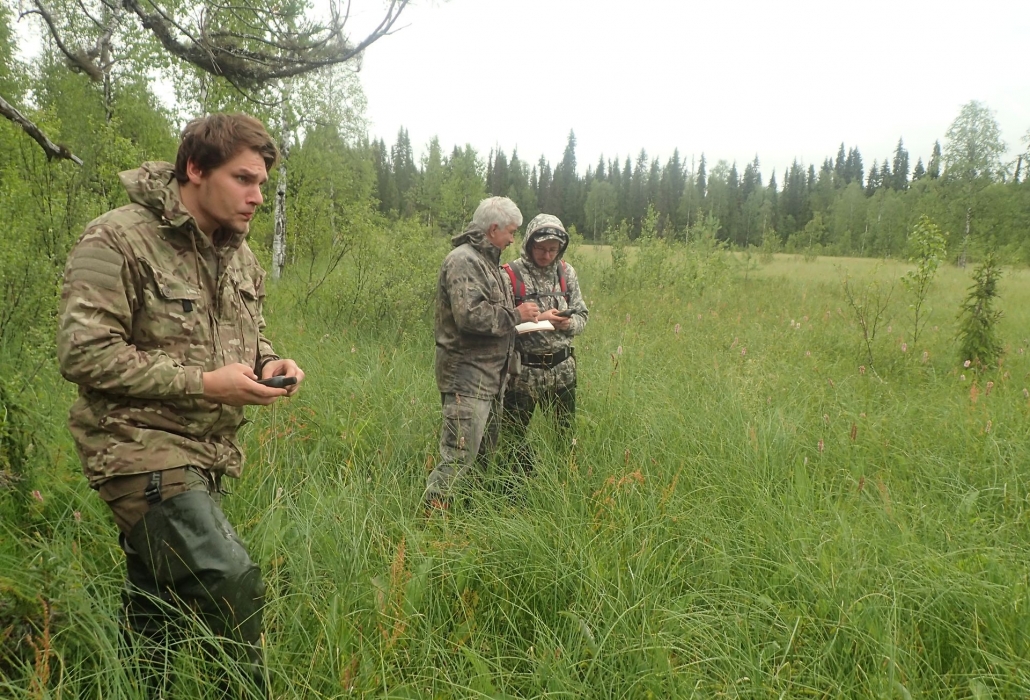 Silver Taiga representatives together with the Tekhkarta Company conducted a field verification of the spruce-fur forest in Komi defined by the Transparent World Company (Moscow) to help the FSC-certificates’ holders to identify high conservation value forests (HCV 3) on their forest territory and to conserve them according to the FSC-certification national standard. According to the preliminary results of the field verification there is no spruce-fur forest in the central part of the middle taiga subzone of Komi corresponding to the FSC national standard requirements.

There is the spruce-fur forest in the southern part of Komi within the boundaries of Letka, Priluzje, Koigorodok and a southern part of Ust-Nem forestry units on the border of Kirov and Perm regions, but its proportion is far below  than it is presented on HCVF.RU.

The spruce-fur forest in the southern part of Komi is associated with the narrow spectrum of a wildlife habitual area. In general, it is located in the central part of the large rivers’ banks. ICHTHYOLOGY FOR THE SCHOOLCHILDREN

Weaving Workshop Has Opened In the Porub-Kepovskaya village of the Priluzsky...
Scroll to top