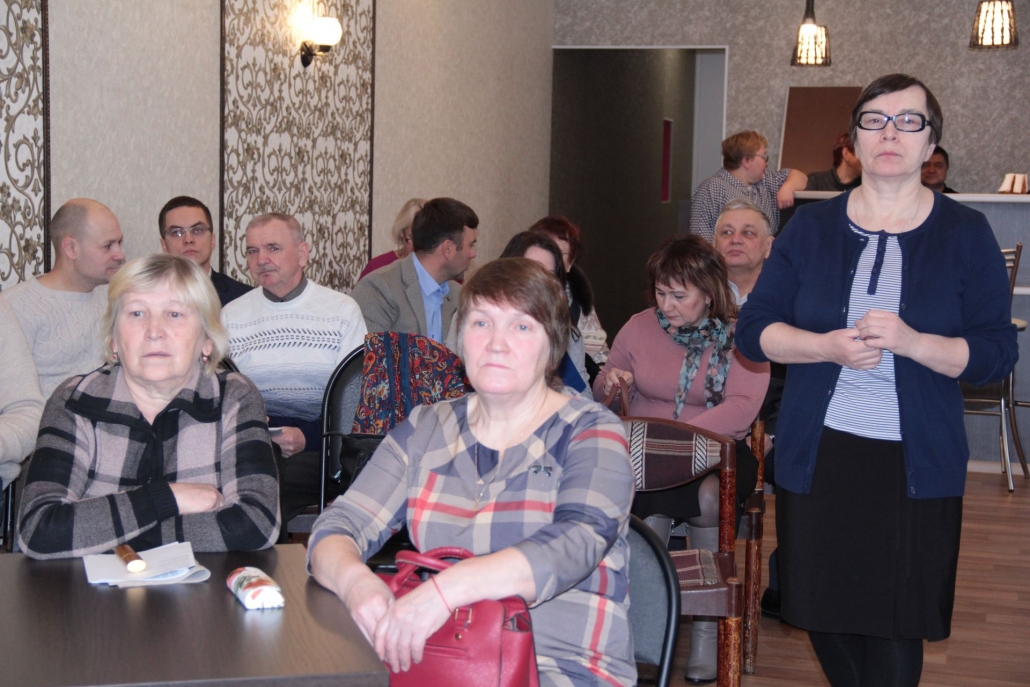 Silver Taiga Deputy Director/Local Communities Project Manager Valentina Semyashkina proposed the local population to use the FSC-certification mechanisms extensively to defend their social interests while coordinating the actions with the logging companies operating on the territory. There are two large logging companies in Udora district (Mondi Syktyvkar and Luzales) and both of them are FSC-certified. The Foundation is ready to conduct some workshops and to explain the local population their rights in accordance with the FSC-standards. Another issue proposed by V. Semyashkina was devoted to interregional salmon protection program developed under Model River Mezen project. According to the activists the program should be included into the state programs and be co-financed by the budget.

The participants of the conference decided also to remind the authorities about one more Komi Voityr initiative concerning the limitation of bioresources use in Udora Reserve. The proposal was already sent to the Ministry of Nature of Komi a year and a half ago and there is no answer yet.

Moreover, V. Semyashkina recommended to come forward with an initiative to Udora Delegates Council  to keep the transportation of Moscow rubbish at bay. The conference participants agree that it is necessary to put a moratorium on transportation of rubbish from the center of Russia to the northern regions.

Besides, the whole host of social and economical issues were discussed during the conference.

Udora branch of Komi Voityr movement is one of the main Silver Taiga partners. V. Semyshkina thanked the social activists for the longstanding fruitful cooperation.