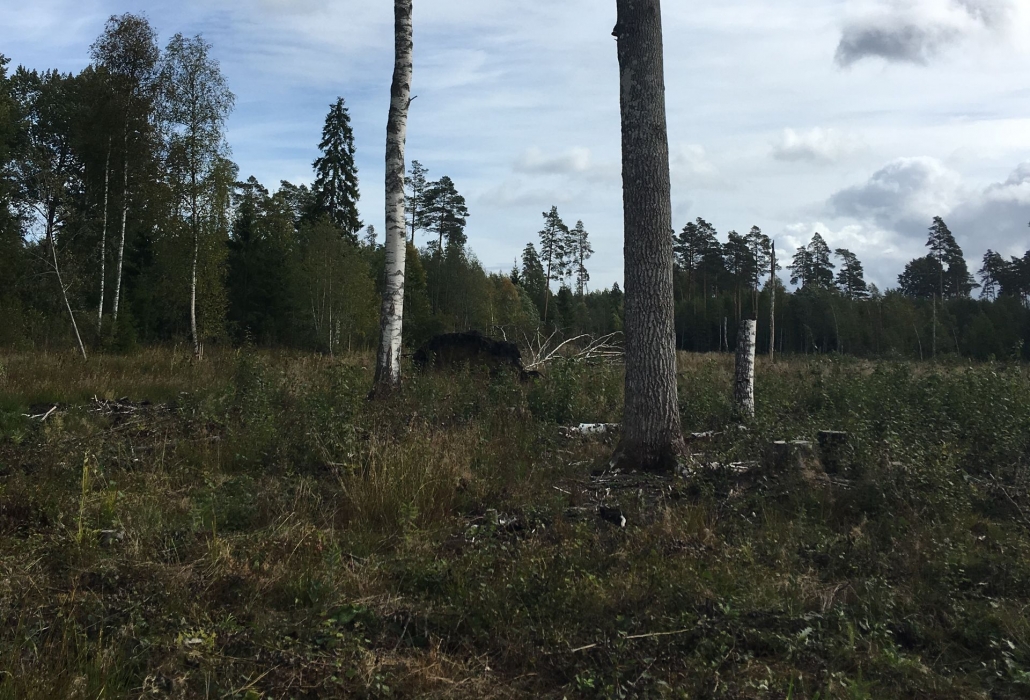 Problems of FSC certification in boreal zone, in particular, introduction of sustainable intensive forestry and conservation of intact forest landscapes (IFL) were discussed at the 3rd FSC Inernational Pan Boreal Members Meeting. The meeting was held on 11-13 September 2018 in Tallinn. At the same time, issues related to FSC controlled wood strategy and introduction of the Free, Prior and Informed Consent (FPIC) concept were raised. The forum welcomed 65 experts from such boreal states as Russia, Sweden, Finland, Canada, Estonia, Lithuania, Latvia, Poland and Norway. Marina Korolyova, head of Certification and Ecology, Mondi Syktyvkar, and Yury Pautov, director of the Silver Taiga Foundation for Sustainable Development, took part in it on behalf of the Komi Republic. Yury Pautov shared his views of the results of the meeting.

Global advantages and disadvantages of the intensive forestry

As reports given over the three days showed, FSC boreal members are unanimous in terms of forestry intensification. Their position focuses on such statements as “Yes, intensive forestry allows to obtain more valuable wood from smaller area”, “Yes, it is necessary, as it will help preserve intact forest landscapes”, “Intensive methods should be introduced with the account of negative experience of Scandinavia, for instance”, “FSC certification standards for intensive forestry model should take national features of different countries into consideration”.

The main challenge of the intensive forestry model is, on the one hand, application of such forestry methods as artificial forest regeneration, including use of selected planting stock, clones, and introduced wood species, multiple improvement thinnings, complete utilization of biomass obtained, use of chemical methods, fertilizers and amelioration of forest areas. On the other hand, all that leads to reduction of natural biodiversity of forest landscapes and ecosystems, which partially contradicts to FSC certification ideas oriented not only to cost efficiency, but also to environmentally acceptable, socially beneficial, long-term and sustainable use of forests.

Forestry intensification in boreal forests is not about creation of plantations, like in tropical and temperate zones, but about introduction of intensive forestry methods in order to grow the most valuable and demanded wood species on exploited areas focusing on preservation of biodiversity on the forest landscape level. At the same time, there are serious limitations implied in sustainable forestry intensification practices. FSC principles and criteria include some restrictions, in particular, one cannot practice irrigation of swamps and waterlogged forest areas significant for sustaining of water resources of the area, introduction of foreign wood species, spreading of genetically modified plants, in addition, the use of herbicides and arboricides, as well as chemical fertilizers, is to be mandatorily restricted in forests.

Nevertheless, as modern practices of developed forest countries prove, it is difficult to ensure accelerated growth of valuable forests in the boreal zone without active forest regeneration efforts and regular tending of plantations. According to UN and World Bank experts’ forecasts, consumption of timber continues growing and is accelerating, as the Earth’s population increases. Unless any measures are taken, the needs of the global economy will result in expansion of wood harvesting operations over intact landscapes, and the global community risks losing them both in the boreal zone and all over the planet. However, for the FSC system the boreal system is of utmost importance, because the biggest and most numerous FSC certificate holders are in Canada, Russia, Sweden and Poland, and tropical forests, for which FSC was founding 25 years ago, are covered by FSC certification less, having the same or higher amount of problems though.

A filed trip to FSC certified forest areas near Tallinn was organized as part of the meeting. Elements of intensive forestry practices applied by Estonian FSC certificate holders for clear cutting, forest regeneration and tending were demonstrated.

Estonian forestry management is characterized by the fact that half of its forest fund is owned by individuals, and the average size of a private forest plot is just around 5 ha. Moreover, most owners do not live near their forest areas, but in urban areas or even in other countries. That is why special companies interested in FSC certified forest products and contracted by owners deal with forestry management. Many forest farms in Estonia are neglected today. Their owners move to cities or other countries.

Cutting of mature spruce forest on a private forest plot owned by a person who has left the country causes a lot of challenges. Each time, the facilitator of forestry management conducts detailed consultations both with the plot owner and with owners of adjacent areas. Multilevel consultations are a standard practice in Estonia, which is both time and effort consuming. However, Estonian legislation does not require intensive management or tending of planted stock from private forest owners, that is why many private forest areas undergo natural reforestation after final cutting, just like in Russia. Cuttings get overgrown by deciduous species like birch, aspen or alder fast. And only following recommendations of professional companies some area owners deal with planting of forest species and tending of young forests. Most private forest owners prefer not to spend money on such costly activities, even though the state subsidizes for part of reforestation and tending costs. “It proves that private property practices do not solve problems with managing forests. You will need more than a decade to elaborate forestry standards and requirements to private forest owners. Years will pass before forest owners see it not only as a source of here-in-now profit, but an object for long-term capitalization of forest value for themselves, their descendants and the state, as it happened in Sweden and Finland,” Yury Pautov believes. According to Yury Pautov, the topic discussed at the previous FSC International Boreal Meeting is acute both for Russia and for the Komi Republic, which is included in the federal project of intensive forestry and forest use deployment among other 5 forest districts. As a result, Silver Taiga’s projects, in particular, related to landscape planning of forestry management, use of GIS methods and aerospace remote sensing materials, assigning of the official status of specially protected natural areas to a number of intact forest tracts in Komi, are just in time.  The foundation is planning to create the Koygorodok National Park, Osa and Karpogory Natural Reserves at remaining IFLs, retaining of landscape and ecosystem diversity of forests under the intensive forestry model, preservation of biodiversity during forest cutting, and others.

HOW TO REACH THE HEAVENS OF KENOSERO
Scroll to top