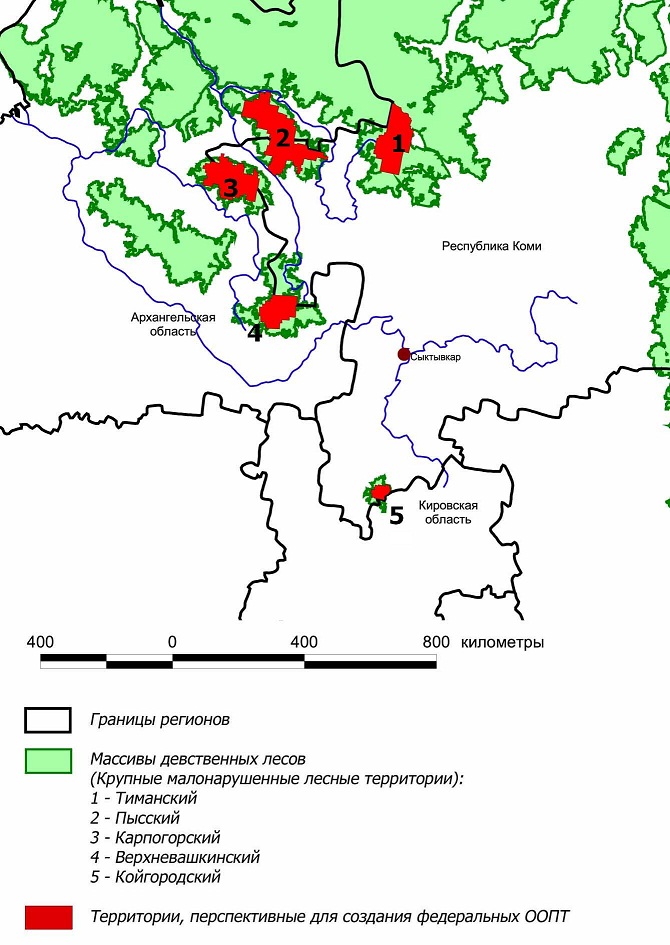 That was the name of one of the round tables, organized in the framework of the international conference “Ecological and economic cooperation in the Barents region: from problems towards search of joint solutions” held on March 12-13 in Arkhangelsk. The Silver Taiga Foundation Director Yury Pautov reported with a presentation “Development of the regional network of the Specially Protected Natural Areas (SPNA) as an opportunity for conservation of the Barents region valuable forests” at this round table.

Yury Anatolyevich has talked about the experience in the establishment of new specially protected natural areas based on the preserved intact forests. The Foundation has been carrying out this work jointly with its partners for a number of years now. Last year, a Strategic Plan for Development of the SPNA System in the Komi Republic (for the period up to 2030) was elaborated in the republic. This plan takes into account the Silver Taiga proposals on establishing the regional reserves in the intact forest massifs located on the border with the Arkhangelsk region. At the same time, the process of designing similar SPNA in the Arkhangelsk region is ongoing.

The most interesting fact is that the majority of these residual pristine forest massifs still preserved in the European North is already leased out to various logging companies. However, many of them are ready to cooperate with environmental organizations within the framework of the FSC certification development and voluntarily choose not to touch the most valuable parts of these forest landscapes. For instance, an agreement with OJSC “Mondi Syktyvkar” and OJSC “Karpogoryles” concerning the moratorium imposed on the logging and road infrastructure construction in the Karpogory and Pyssa pristine forest massifs has been reached (see the attached diagram). In 2013 Silver Taiga Foundation and WWF in Arkhangelsk signed an agreement with LLC “Lesozavod № 1” on the moratorium imposed on the logging in the Verkhne-Vashka intact forest area. In parallel, reservation of the same intact forest landscapes for establishing new SPNA on the territory of the Arkhangelsk region is ongoing. “As a result, we hope to protect these undisturbed areas of pristine European taiga against logging and industrial development, to ensure that not only the current, but also future generations of foresters and pristine nature lovers will have a chance not only to see it in pictures and presentations, but also explore it at first hand” – Yury Pautov says.

By the way, this summer Silver Taiga Foundation is planning to organize an expedition to the centre of the Verkhne-Vashka pristine forests massif aimed at scientific justification of the complex regional forest reserve establishment on this territory. The colleagues from Arkhangelsk are planning a similar expedition to the pristine forests area in Komi adjacent to the Arkhangelsk region and already having a status of a conservation area. This place, known as Korabelnaya Chashcha (Ship thicket), is described in the work of Mikhail Prishvin with the same name:

“Tell me what is so special about this Ship Thicket?

– What is so special about it? – Manuylo said. – I tell you what. People say that in a fir forest work needs to be done, in a birch forest – have fun, and in a pine forest – pray to the One.
– So what?
– This is all about the Ship Thicket, there the trees are so close to each other that even a pole couldn’t be felled. One tree is better than another – all seem to be covered with gold: not a single knot up to the very top, all upwards, and for some reason you also feel like being pulled upwards, just let you get ready for the journey – and off you would fly. And underneath – snow-white deer moss and absolute purity all around. Your hands are raising up and your knees are weak. And when you kneel on the white carpet – you feel total dryness! And the moss is even crispy. You are standing on knees and it feels like the earth is embracing you and lifting you up”. Virgin Forests: How to Integrate the Interests of Ecologists and Timbermen?